Mother Whose Sons Were Taken by Husband 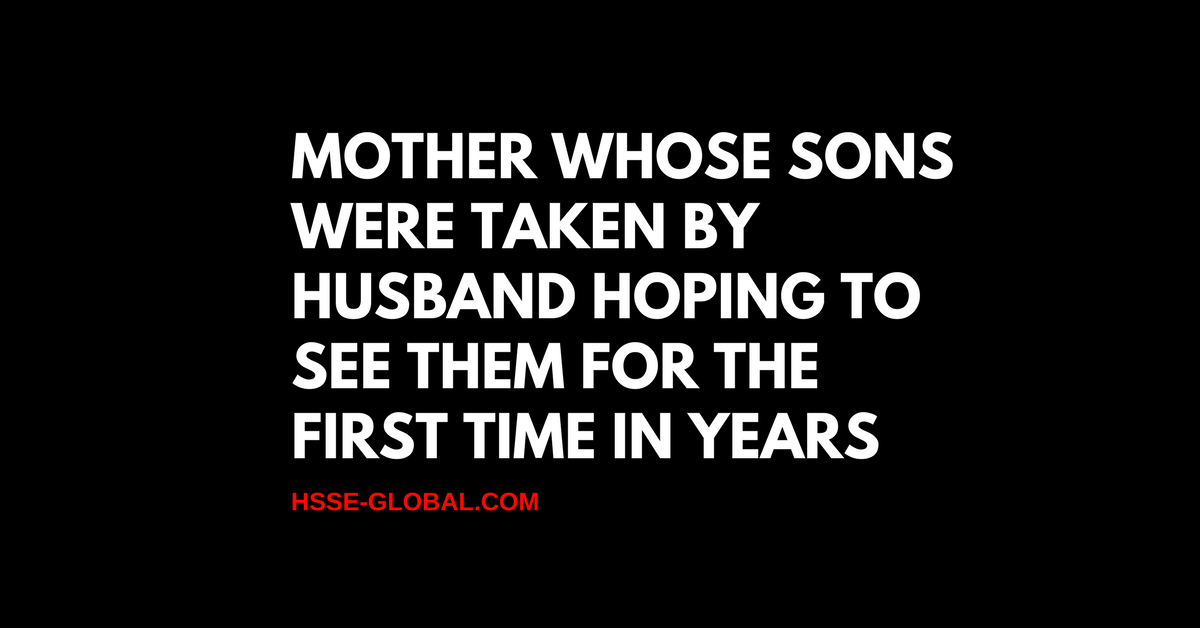 Jolly Bimbachi is boarding a plane to Lebanon Saturday in hopes of seeing her sons for the first time in more than two years. Chatham, Ont. mother pleads for return of children husband took to Lebanon. Child abduction group aims to fight for parental rights.

Her husband Ali Ahmad took their two children for a visit there back in 2015 and never returned.

The Chatham, Ont. mother has been fighting to to be reunited with Omar Ahmad now 8 and his brother, Abdal-Geniy, 7, ever since.

Brothers Omar and Abdal-Geniy Ahmad were taken to Lebanon by their father in 2015. (Jolly Bimbachi)
The separation has stretched on for so long because Bimbachi wasn’t able to legally divorce her husband until March. If she had gone back to Lebanon before he could have taken her passport and kept her from returning to Canada.

Excitement and fear for reunion

Bimbachi’s lawyer filed for visitation rights this week meaning she could hold her children as soon as Tuesday or Wednesday.

“The closer I get to seeing them the more excited I am. I just want to hold them and smell them and carry them and cuddle them,” but with that excitement comes a host of other emotions including fear.

Bimbachi said her husband threatened her life if she ever returned to Lebanon.

“I’m very, very scared about that.”

Parental abductions go unpunished, Canadian dads says. Still, her nervousness has given way to anticipation as the long legal battle she’s waged to see her kids again finally seemed to be going somewhere.

Now her lawyer is “very confident” she’ll get visitation rights in Lebanon, but those only apply if she stays in the country, which is something Bimbachi isn’t sure she can do.

“In the back of my mind is that I might not be bringing my kids home and that’s what’s scaring me the most.
“- Jolly Bimbachi” I don’t love it as much as I did before because I feel like Lebanon took away my children,” she explained. “It’s not just their dad — it’s the whole country and society that took them away.”

Bimbachi’s mother will travel along with her to provide support during the trip, but she’s still nervous about seeing her children again after such a long absence.

“I know they haven’t forgot about me and they love me, I just know their feelings towards me might have changed a little.”

“I’m going to say I love them so much and I would do anything for them and I never wanted them to leave,” she said. “I’m sorry for everything they’ve gone through.”

Despite all of her joy, Bimbachi said one persistent worry is still threatening to deflate the reunion.

“In the back of my mind is that I might not be bringing my kids home and that’s what’s scaring me the most.”