Child Abduction in UK on the Rise.

Scotland Calls for Change in Law to Tackle International Abductions of Children.

New figures revealed a soaring number of cases in the past decade. 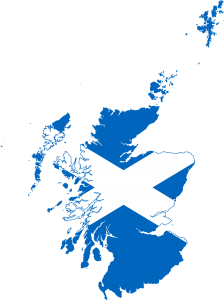 Dozens of new “international abduction” cases happen every year in Scotland having previously stood in single figures in 2007. The practice has been branded “child abuse” by campaigners who say there is a “stark difference” between Scotland and England over the issue. It is a criminal offense south of the Border.
In Scotland, police cannot act until a court order has been obtained – which can take anywhere between a day and a week.

What is the Government Saying?

The figures revealed by justice secretary Michael Matheson in a Parliamentary answer yesterday shows that there were 33 cases parental child abduction for Scotland in 2016. Although this is down from the 41 cases recorded in 2015, it is nonetheless a marked increase from the eight cases recorded in 2007. Most involved cases of children being taken out of Scotland, which reached a new high of 20 last year – up from two in 2007.
India, Australia, the USA, Italy and Poland are among the countries where children have been taken, according to support charity Reunite International. Solicitor Yousif Ahmed is now calling for a change in the law which would mean parents not needing to go through the lengthy process of securing a court order before police can act. “That’s not fit for purpose – all it takes is a few clicks of a mouse button to book a same-day flight and the child can potentially be gone and lost forever,” he said.

Many parents won’t be aware that an abduction is looming which means they won’t be in a position to secure an interdict. Mr. Ahmed is to meet Scottish Government officials to push for change. Vicky Mayes of Reunite International said it’s a particular problem for Scots parents who fear an abduction may be imminent. “It’s so stark, the difference when you’re advising one parent in England and one parent in Scotland. There can be such a difference in what the police can do and what can be done to stop a child from being abducted and therein minimise the impact of all of this on that child.”

By Scott Mcnab –  The Scotsman

“If your child or children have been removed without your consent contact us below today.”