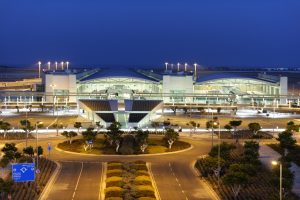 Israeli Woman to be Extradited…

An extradition procedure is to begin on Saturday for a 61-year-old woman wanted in Israel for a case concerning child abduction who was arrested on Friday at the Larnaca airport before leaving the country.

According to the police, the woman had arrived at Larnaca airport early afternoon to catch a flight to Israel. During passport control, officers realised that her name was on the stop list and that the Israeli authorities had issued an international arrest warrant against her in connection with a case concerning child abduction from a legal custodian.

She was to be brought to the Larnaca district court for the extradition procedure to Israel to be initiated.